On Thursday 20th May, our cyber defences successfully kept 10,297 external scans from probing our network as a pre-cursor to an attack. Had just one these probes found a weakness and been exploited, our business could have been badly damaged.

However, this day was no different to any other day. Lynx Networks constantly bombarded by potential attacks, as is every other network with a connection to the internet.

Several layers of defence protect us: Firstly our first layer of protection is a Cisco firewall, protecting us against the majority of scans and probes and only allowing the traffic onto our network that our rules allow.

The next layer sits on top of our firewall and is Cisco Fire Power, this uses next generation technology to look at the traffic that goes in and out through the firewall, leveraging Cisco’s worldwide threat intelligence centre (TALOS) to detect all kinds of threats from Malware to encrypted traffic. By being connected in real time to the TALOS database it is a significant weapon in the fight against Zero-Day attacks.

The reporting from Firepower is particularly important as it can be the first alert to something that is wrong. For example Firepower can report the geolocations of IP addresses, so if you have a PC on the network that appears to be sending data to IP addresses based in suspicious countries then a closer look at what that workstation is doing, and why they are sending data, could be in order.

Our next layer is Cisco Umbrella, this service checks every DNS request that comes out of our network to make sure that it is not a known source of Malware or malicious code. If it is, it blocks it before allowing the user to get the IP address. Umbrella is a cloud service and also leverages the TALOS database in real-time to protect the network and reduce the zero-day attack time window.

Finally we have an Advanced Workstation Protection application which, as well as providing traditional antivirus protection, is constantly checking for unexpected activity on the individual workstation, and blocks scans and other probing type mechanisms used to try and find weaknesses across the network.

These are just some of the ways we keep our network as safe as possible against the constant threat of Cyber-attacks. 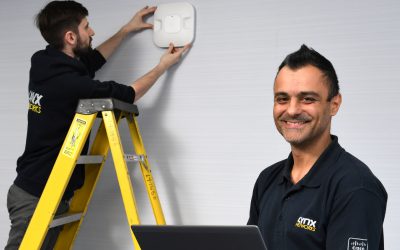 ​The cost of WiFi 6 has dropped but is it worth upgrading yet? Here are some benefits and considerations:   Benefits of WiFi 6 Multiple WiFi 6 (802.11ax) devices can communicate simultaneously, rather than contending for a connection, so it’s particularly suited...

Whilst this has obviously been a challenging year for every organisation in the country, we wanted to let you know that even through this second national lockdown we are here, open and ready to help.

Save on storage with the IBM FlashSystem family of solutions, complete with enterprise-class capabilities at optimised price points.